Moyena Ahmed Niazi, partner at the Karachi based firm Design Options, has always believed in creating architecture that reflects its context. Spanning a career of more than two decades, she has developed a style which produces architecture that is devoid of any excesses. Each of her works stems out of the understanding of her clients and their unique requirements, thus creating architecture which is honest to its users. As such, she is not afraid of questioning ‘standard’ practices when it comes to designing and constructing buildings, specially when, majority of her work consists of designing residences for the ‘modern’ family; a task which is already quite complicated for an architect. As such, when offered the chance to design houses for a joint-family, she did not take it as just any other design exercise but instead used it as an opportunity to explore the potential of joint-family in the modern age.

In our society, when we talk of the joint family, there are heavy undertones of nostalgia and sometimes even obsolescence. It is often viewed as a tradition that is incompatible with the modern age which has fallen out of favor with the people for a more private structure of a nuclear family. But you will still find people who believe in the unique offerings of the joint-family structure.

One such case was of these four brothers who wanted to continue the joint-family tradition albeit in a slightly modern manner. With four families of their own and a mother, these brothers eventually found two plots of land, unfortunately not beside each other but on the same street. This consequently resulted in two very different houses conceived around a similar idea. Both the houses were designed as two-unit houses but it was the common facilities that were truly unique for a joint-family house. The spaces were designed to not isolate the families, but enable them to maintain contact without compromising their privacy. Spaces such as the staircase, basements, rooftops and occasionally the kitchen were the ones that were shared.

House 1 has an interior and exterior staircase. The foyer serves both the ground floor and the staircase leading to the basement which is shared between the two families. The first floor is accessed by an exterior staircase which also leads to the rooftop. Although, the staircase for the two levels exists separately, they are not entirely disconnected. By connecting either of the staircases to a common space, one to the basement and other to the rooftop, the families tend to come in more frequent contact. Thus, the physically disconnected staircases are used as a way of connecting the families socially. The absence of a typical ‘drawing room’ in both units means that the basement is also shared between the two families as a social space. This has allowed for a more efficient usage of space on a 500sq. yds. plot, enabling the private areas to be more spacious. In case of a major ‘dawaat’ the ground floor kitchen becomes as a serving space for the basement. Such a use of basement and kitchen is unique to joint-families.

House 2, which is also the house where the mother resides, takes a different approach to the staircase. This house, still divided in two units, is served through a common staircase which leads to all the levels of the house. The staircase, physically and as well as visually connects the entire house. Similar to the House 1, there is a common basement to be used as social space, while this basement covers a larger area. But it is definitely the staircase in this house that truly embodies the ideal of modern joint-family system. The staircase, which sits inside a void, provides for almost a seamless connection between the levels, the layers of house visible, almost as if an ode to the layered structures of joint-family. The porosity offered by the staircase creates a sense of space which is larger than the space actually is. By not enclosing the circulation areas with walls, a feature typical for two-unit nuclear family houses, regardless of whichever level you land on, one doesn’t feel isolated from the rest of the house. It was not uncommon for the occasional sound of children from the first floor to echo in to the ground floor or the aroma of lunch being prepared in one of the kitchens to spread in the entire house. This was only reinforcing the idea that you have family around you, an idea which seems to be comforting for many in an age where social isolation is becoming a problem.

What is truly fascinating is that either of the houses do not diminish your own sense of privacy, but respect it while providing you with the sense of belonging to something larger than just you. The families themselves have had some obvious benefits by deciding to continue their joint-family tradition, such as a much more efficient use of space and the ability to share resources with each other. This is not to say that joint-families are the perfect way to live, as with everything else they do indeed have their flaws. But this is food for thought for architects to ponder for how this system provides unique opportunities towards creating a more socially and environmentally sustainable future. These two houses also show that applying the typical house model to a joint-family home would be akin to architectural straightjacketing and losing the opportunity to discover the various ways of responding to this age-old tradition. This might be where the architects have the potential to be truly creative and might just disrupt the insensitive ways in which we have started to build our houses. Truly, in the age of nuclear families, a joint-family structure is an act of rebellion!

GO BACK TO HOMEPAGE 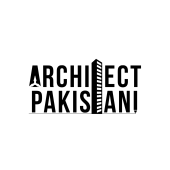 House with the trees